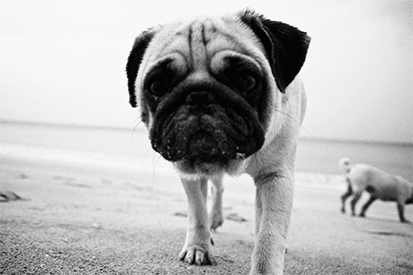 Box of Chocolates named Newcomer of the Month by PureVinyl

We are proud to be named NEWCOMER OF THE MONTH by the Berlin underground music magazine „PureVinyl“. They wrote a warm review of our first album and generously granted us some Welpenschutz. In case you’re wondering what that is: The direct translation would be something like „puppy protection“, meaning: Let’s cut them some slack!

And here comes the full English translation of the article:

„With their impressive live concerts, Box of Chocolates have gained much attention throughout the last year. The band formed around singer Eff offers on stage everything you don’t expect. Based on the band’s rather stern and low-key looks you would anticipate some Jazz improvisations or maybe soft Pop muzak. Only bassist Pet comes off as a rebel with his mane of long hair: a slight clue for what happens with the whole band once the houselights go off – they rock! Everything is different on stage, the members show all they got and Eff turns into what she’d really like to be: A rocker chic!

Now the band decided to publish their music, a logical conclusion based on their live success. Somewhat unsusal though is their decision to only put out their songs on vinyl – but it has style. Again, the four Berliners have put together something special underlining that they are in fact a chocolate box, with some surprise waiting inside.

The album comes in a gatefold together with a lined sleeve – Respect!
The artistic cover and inside are perfectly designed. A photo of the band would have been nice, though. Those who have seen the band live will recognize the songs that have made it onto the album. I would have expected a little surprise, one or two new songs or a musical debauchery with an extra long solo by guitar virtuoso Loupoe, but unfortunately, that didn’t happen.

The album has its weaknesses but they would have been easy to cure. Overall, the songs have been recorded perfectly matching the band’s high standards. But this goes to the expense of some rough edges. What makes the band’s live performance so worthwhile is the drive, the performance, the „freaking out“, the pure passion. On the album, the songs sound too nice, well-behaved and clean. Despite those high quality arragements, a live band shouldn’t sound so different in the studio. My advice for the next album: record live! But let’s give them Welpenschutz for the debut and show respect for a vinyl-only publication with lots of love for details: A remarkable album!“