Lost in the LIMINAL 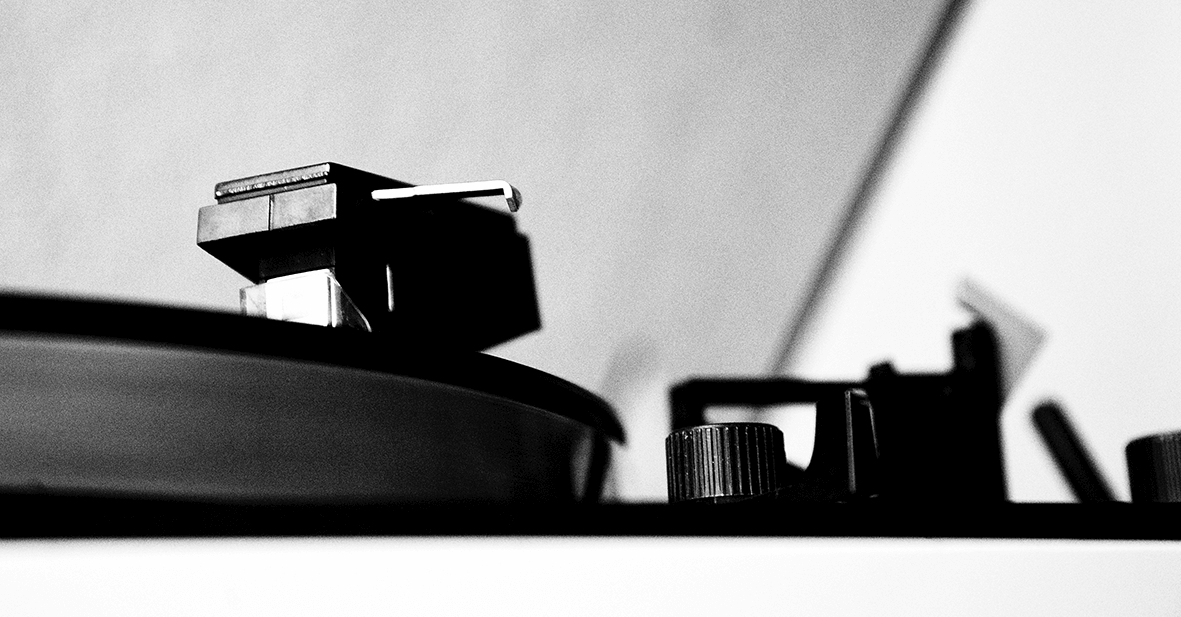 We really made a record!

„I want a record. Can we a have this on a record?“ (from: Pearl Jam Twenty)

So. You finish your album, the vinyls are in press and you want to let the world know about it. But for some incomprehensible reason, the guys from the Rolling Stone have not yet called you for an in-depth interview. Hmm, what do you do? You just interview yourself! Check out what happened when Loupoe and Eff sat down on the red sofa with a nice cup of tea to chat about the album.

EFF: Ok, Loupoe, let’s talk about our album so that our friends can find out what we’ve been up to in the last couple of months.

LOUPOE: Allright then. Why don’t you start by telling people why it took us so long to finish it. Considering that we startet in April last year…

EFF: …that was when I asked you to help me produce the songs that I had written. I already had enough material for an album, but I was clueless as to how to move on, record and produce it. So we could’ve just done that. We would have been finished by the end of last summer. But then…

EFF: You started writing music for me and I began to develop vocal lines and lyrics for those songs. Basically, we began writing music together.

LOUPOE: I have to admit that I tried to challenge you at first, coming up with weird guitar riffs and chord progressions. I wanted to see what you would make of these.

EFF: Yeah, you give me something, and then I sit with it for a while. I try to find out what atmosphere it calls for, what topic is hidden in the music. The weirder the better. It’s like a puzzle, it sometimes takes some patience to solve it but I know that I’ll get there eventually.

LOUPOE: And then you challenge me back! And that can hurt! For example when I’m in love with a certain riff and the way I play it, and you just go: Hmm. Why don’t you just play it doubletime? I guess, you got to kill your darlings. But in the end, I’m proud of the result. I feel that we’ve come up with a bunch of songs that are better than the sum of their parts.

If we’re honest, we don’t really have the same musical taste.

EFF: I think it has something to do with the fact that if we’re honest, most of the time we don’t really have the same musical taste.

EFF: Yeah, right, but that’s about it. If I make you listen to Radiohead you start mocking me about Thom Yorke’s whiny voice. If I go with you to a Steve Vai concert, I have to put plugs in my ears and close my eyes because I can’t stand the endless guitar shredding and the posing.

LOUPOE: And by the way, Eddie Vedder may have a great voice but… 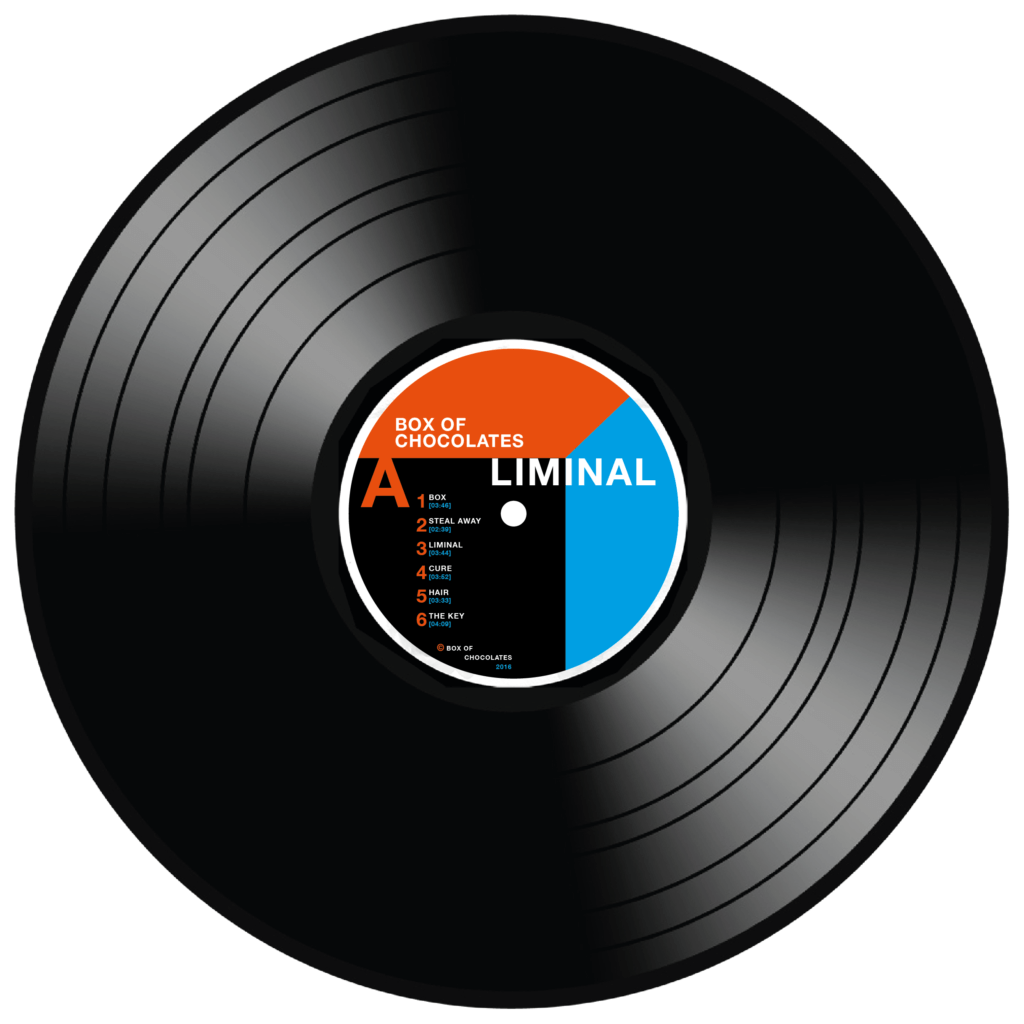 Take a sneak peek at our vinyl record while it is still in press, carefully handled by the cool guys from MY45. Check them out!

EFF: Well, I guess we try to pull and push each other in different directions. And then the outcome is something that we both didn’t expect.

LOUPOE: And that answers the question, why it took us so long.

EFF: Yeah, we wrote so many new songs which we had not really planned for. Only three songs of the original list made it on the record. The other twelve songs were created during the process.

LOUPOE: So, let’s talk about the album. Why is the record called LIMINAL?

EFF: Glad, you asked :o) Liminality is a term from anthropology. It describes a human state that happens during ‚rites of passage‘ when you’ve left your old way of being but you have not yet completed the transition. The album is about those ambiguous moments when we’re on the threshold. You know you have to leave something behind you. Maybe you want to, maybe it has been decided for you. But you don’t have a clue yet what’s waiting behind that corner. And most of the time, you don’t even know how to get there.

LOUPOE: So it’s about feeling insecure?

EFF: Yeah, and about being vulnerable. In a way, many songs are about the very reason why I’m making music. This is the first time in my life that I’m on an artistic endeavor like this. It took me a lot of courage to write my first songs. And to sing them, to perform them in public, and so on. During the process, there were many thresholds to be passed, and I felt totally naked. I found myself constantly tearing down boundaries that I had defined for myself earlier in life. So, you could say that producing this album was also a process of pushing myself into the liminal.

LOUPOE: And I really like to watch you do that :o)

Lost in the liminal. A human state during ‚rites of passage‘. 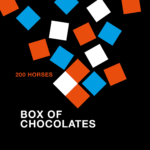 EFF: So, what about the style and the sound? People always ask us about the genre of Box of Chocolates.

LOUPOE: The idea of this band is to also push boundaries in terms of musical genres. We like so many different styles. And we feel it would be a pity to limit ourselves to only one or two. It really is like a box of chocolates. Of course everyone has their favorites, but in the end you eat them all.

EFF: In which songs do you see the members of the band represented best? 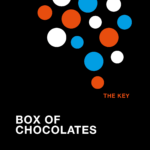 LOUPOE: I love riff-based mid-tempo rock, funk-rock and cross-over. One of my favorites is 200 HORSES, a strange song that doesn’t really have an harmonic center. Or HAIR, where the guitar at some point moves eight half steps downwards. I think Pet does a great job in coming up with really interesting bass lines, e.g. in FLESH & BLOOD he’s playing such a wonderful line that I almost stop playing just to listen. And Lars is such a spontaneous drummer. We play a song for the first time, and once he gets a feel for it, he comes up with something surprising that gives it a whole different direction. 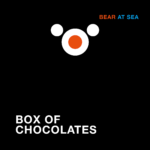 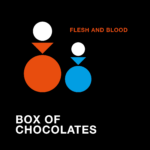 EFF: He turned the end of THE KEY into prog rock by changing his sticks halfway through the song and giving it this bombastic ending. And I love what he did on BEAR AT SEA. I saw it just as a rather calm shanty but he gave it this killer groove and grandezza.

LOUPOE: By the way, BEAR AT SEA seems to be a typical example for your sometimes rather crazy song-writing. At first I just heard the pretty melody and thought it’s a waltz, but then I tried to play it and I realized the absurd combination of chords and the ever changing time signatures. It’s complicated but you tend to get mad, when we make mistakes. Sometimes you’re merciless.

EFF: You’re right… :o) But I’m so grateful to have you! When I started to write music, I was a lonely singer-songwriter. Since my guitar skills are really neglectable, everything sounded the same, nice chords and a nice voice, but a bit dull. Together, we could really turn the songs into something different. I would play you a folksy song on my ukulele and say: hey, this is really supposed to be funky. And you would play it on your guitar and it would become funk in a second. Which meant in turn, that I also had to sing it differently. So, during the process, I had to come up with different ways of using my voice.

LOUPOE: For example, the first time you sang to our slow blues SISTERS. Since you didn’t know much about blues I wanted to give you something like a lecture first, …

EFF: You wanted to give me a lecture???

LOUPOE: Yeah, you know, explain stuff… but then you started singing and just nailed this one blue note like you’d never done anything else.

EFF: Ok, I forgive you :o) When we try out a new style, I really study the stuff. I listen to great singers from that genre and try to infuse myself with what they’re doing and how it feels in my body. In the end, I have to find my own way, but it gives me a different spin. It gives me more options. I’m really anxious to see what comes next.

LOUPOE: Well, now we’ve put together our first Box of Chocolates album. But we have already six or seven new songs in the making. So, I guess we just start the next one. 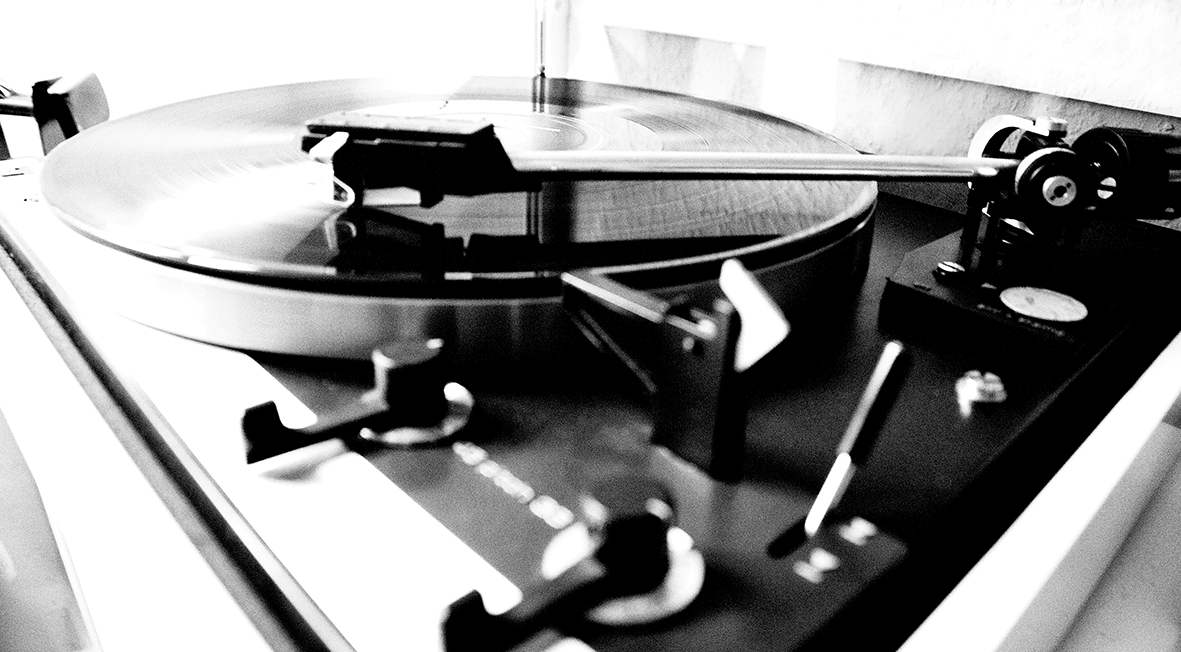