A rock band made of paper 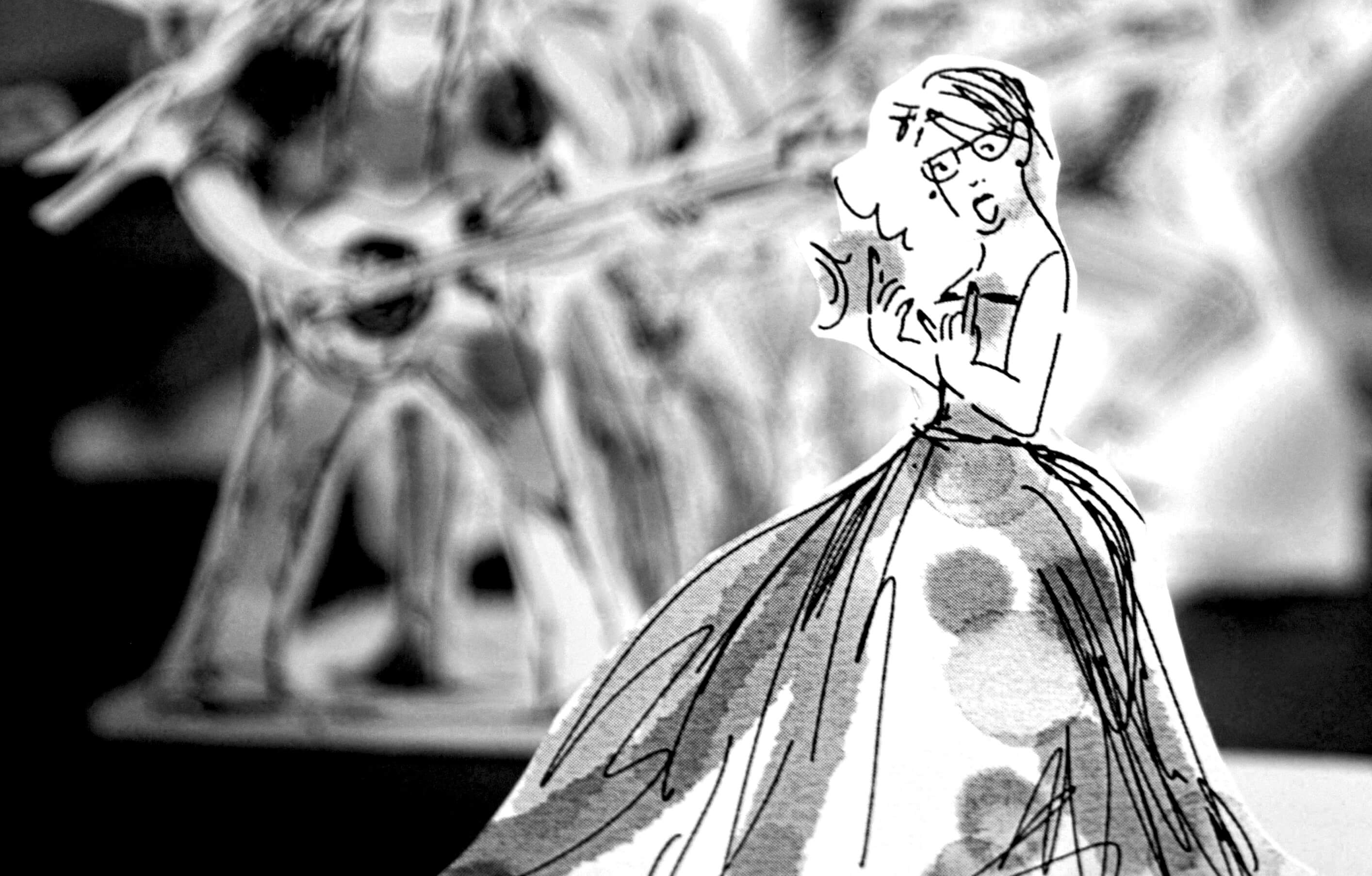 What if you want to produce a video for your first single release and your band is on holidays?

No problem at all – You just make your own band. Out of paper!

That was my idea in August, when everybody was gone on vacation. Since I hadn’t used a pencil to draw in years, it was quite a challenge to come up with sketches of my band members that they would actually accept as somewhat close to reality (Sorry, Pet! I somehow forgot your beard…). Surprisingly, it helped me to go digital on this project. I exchanged the old triangle of pencil, rubber and paper sheets for an iPad and an electronic pen. Since my illustrator skills had gotten so rusty over the years, using old-school utensils would have meant tossing out tons of paper. Instead, whenever I screwed up (about 99% of the time) I could just erase the biggest disasters and start with a fresh screen.

Some sketches for the video supporting our first single STEAL AWAY

I got obsessed with making cables out of sewing thread

After drawing all the pictures that I needed for the film, I printed them out on paper, roughly cut and folded them, so that they would stand upright without any fixtures. At one of my favorite Berlin stores – Hobbyshop Rüther – I bought all the tiny dollhouse props that I needed for the story: Little beer bottles, benches, flowers and even a cute red model of a stratocaster. I got really obsessed with making little cables for every band member out of black sewing thread… Some of the dollhouse props I needed for the story

Then, I was ready for the shooting. For a full week, I occupied our living room and turned it into a little film studio. I used a wooden IKEA storage box to build the different settings and stages inside. For the main scenes, I needed a background of JFK airport in New York, for other scenes, I built a band rehearsal space with a wallpaper made of our Box of Chocolates logos.

I wanted a confetti gun! Of course! The storage box used as a film setting (with confetti gun…)

Taking the pictures didn’t take too long. Since I didn’t aim for a classic stop motion film, I didn’t need so many different photos. So glad, I used Final Cut Pro instead of iMovie, because I later found that the editing really needed frame-by-frame precision. For the final scene, I wanted a confetti gun. Of course! (People who know me won’t be surprised, my husband even talks about a confetti fetish behind my back :o).

I built a paper funnel with a gauze seal on the lower end, filled it with confetti and sticked it to a hole in the bottom of the storage box. I had so much fun when we finally filmed the scene: I held a hairdryer under the gauze, turned it on and „puff“ – What a blow! Confetti everywhere! Unfortunately, you can only see it in the video if you really pay attention. It went over so fast. But the fun was totally worth the cleaning of our living room.

All the best!
Eff