Getting to know Pet

EFF: Why do you play bass?

PET: I’d like to express once more my sincere thanks to the fall of the Berlin wall. When I was a kid I always wanted to play bass. Others wanted to play guitar or sing to impress girls. I used to cut together little snippets of bass-lines on tape just to listen to them. But in the GDR, a bass guitar was just too expensive for me. So once the wall came down, in February of 1990 I bought my first bass. And that’s how it all started.

EFF: How did you learn to play?

PET: Mathias Dietrich who later became bass player of the band „Die Prinzen“ was my teacher at the music school in Leipzig. I took lessons for more than eight years.

Phil Lynott was a genius

PET: Thin Lizzy! I think Phil Lynott was a genius. He had such a dazzling personality, and he was able to write great songs in a number of different genres.

EFF: How did you get to know Loupoe?

PET: He’s actually the cousin of my sister-in-law. So we’re kind of extended family.

PET: Well, apart from his great guitar playing he’s really to be blamed for all the pieces of wood with strings on them that you can find on my wall. When I saw his guitar collection for the first time, I was hooked. I really like his calmness and his hospitality. He is able to listen and and he’s never in a bad mood. If I had to put him in a box and find a label for it I’d write „really, really, really nice person“. 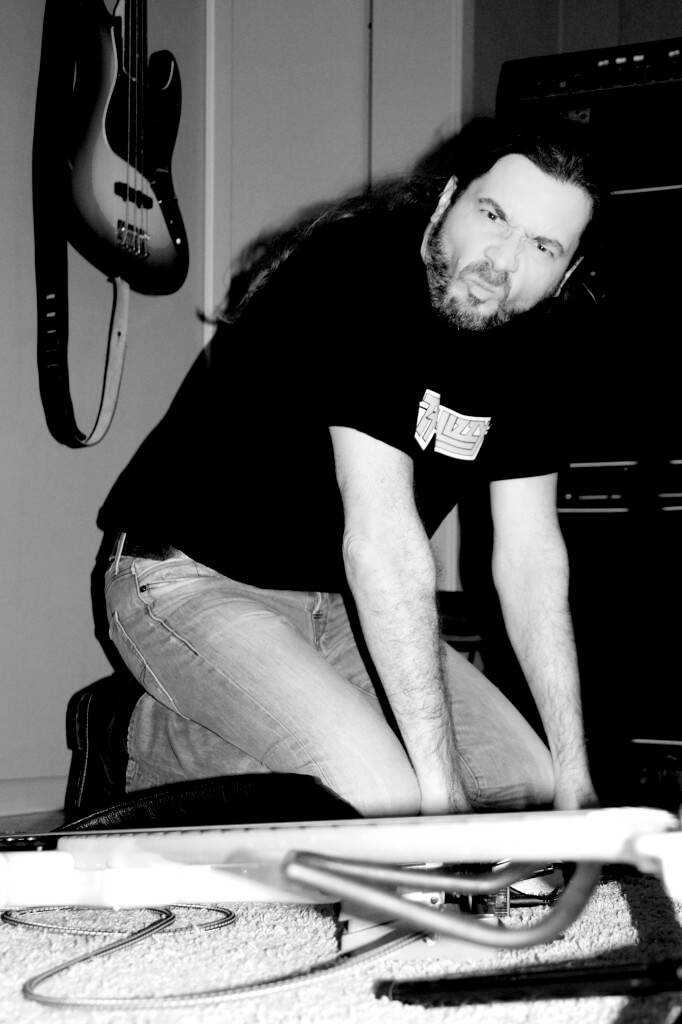 EFF: And is there anything that you don’t like about Loupoe? I mean, he can’t hear us now…

PET: Hmmm. That’s hard. If I really had to come up with something, I’d think about it for two weeks and then I’d probably say: What really pisses me off sometimes is that if you take one of his guitars from the big rack, you always have to tune them first. They’re never tuned! That would never happen in my home!

If everyone watched „Little Lord Fauntleroy“ more often, the world would be a better place.

EFF: Yeah, I can see that. You’re by far the tidiest rocker I’ve ever met. Everything is so neat and orderly in the rehearsal room!

PET: That’s how I like it: Order and respect!

EFF: This is your credo? Really?

EFF: I’m with you on that one!

PET: Do you know this one scene when the guy…

EFF: Pet, I know this film by heart.

EFF: Thanks for the interview.