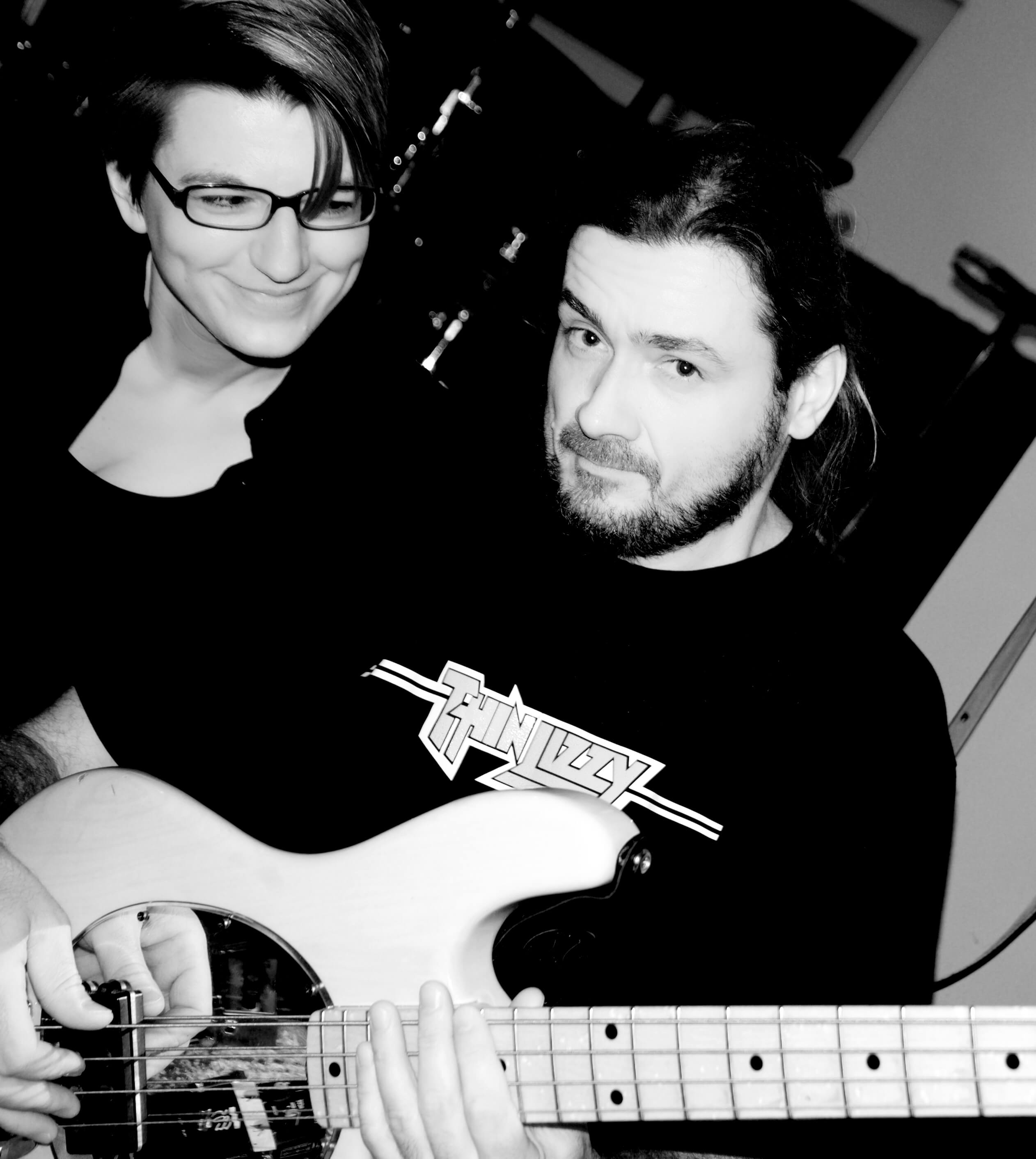 We completed our last rehearsal for the Emergenza stage

We’re back from our last full day rehearsal in Torgau with our friends Pet and Lars who will support Box of Chocolates in the Emergenza Band contest next week. We’ve been working hard on our set of six songs. Since we haven’t played live together yet, it was all about learning the songs and becoming tight as a band. And we took some photos during breaks.

We’re so grateful, guys! You did a tremendous job at absorbing the different styles and song structures in the shortest amount of time.

Next week we’ll present two new songs on stage for the first time ever: „Flesh and blood“ is a veritable cross-over track, so expect a bit of noise. „Cure“ has a poppy new wave vibe and calls for some dancing and singing along. The other four songs („box“, „buckle not“, „hair“ and „in time“) have been played live before. But never with the full band including bass and drums. We’re anxious to see how it works out!

Friends! It’s only one week left until the big day and Eff is slowly freaking out. Keep your fingers crossed for us next Saturday and come in droves !